Toy collection in 21st century has risen up from the hobbies of kids to of adults. People all over the world have action figures sitting on their desks and window sills. What’s becoming a popular element in their collection is Funko’s best selling products : Pop Vinyl Figures. These Japanese styled short and cute figures have attracted people for a while now. Created only a few years back, they have had a considerable increase in their marketing and their success owes to the quality of the product. These cool collectables are available in both local as well as online stores. Displaying your collection in the best possible way so that they appeal to anyone who visits your home and glances at your collection requires two things : a good display stand and the manner in which they are placed. For displaying your Funko Pop vinyl figures, you must first separate your collection according to their styles and categories.

When Pop Vinyl Figures came into market, they were styled in a simple way, depicting only the basic characters, but over the time they have been innovated with creative ideas which led to a buzz among toy collectors and all pop vinyl lovers. Now they come painted, laid with accessories to enhance their figures, with the usual way of making their face bigger than the body they are placed on. With their surfaces made metallic and glossy and adding translucent parts, they have drawn more attention in the market than any other action figures.

Pop vinyl figures come in so many varieties, both expensive and cheap ones. Stores like Amazon, Walmart and Target have exclusive pop vinyl figures collection. Funko seems to have covered every popular series, like Marvel Comics, Disney Comics, My Little Pony, SpongeBob, Sharknado and what not. A truly great aspect of pop figures is that there are exclusives for certain stores which have their own variants. There’s an outlet with an exclusive product near you? Go get it!
Categories: Pop Vinyl Figures come in categories : Pop, Movies, Television Pop, Marvel Pop, Game of thrones Pop, Disney Pop, Star wars Pop, Pop Heroes etc. Exclusive and limited release are available in trade shows like Comic Con and web shops like Gemini Collectibles. If you take a look at the exclusive variants at online stores, you will find eye captivating pop figures made in metallic. Some are even made to glow in dark while some flocked ones come with furry skin. They are available both in black and white and colorway, dressed in different outfits. You must place the television pops and movie pops in different places and characters of the same series at one place. This will make the display look arranged.
Depending on the above mentioned styles, varieties and categories of pop toys that you collect, you can look out for display stands. You can display them in a segregated way, with the similar types being placed on one shelf. That will look like an arranged collection of all types and styles of pop vinyl figures. Now, there are many incredible Toy collection display ideas for those who love to collect these Funko Pop Vinyl Figures or other anime and toys. You could decorate your home with your passionately staged collections by placing them as a centerpiece. You can have a small desk or showcase where you can place your toys or keep them at your workplace in neat and arranged way. You can also make a little home for these toys, and place them like a family. There are many desks and toy collection display sets available in online stores where you can choose. Have a look at two of them from Amazon, one being expensive and the other cheap. 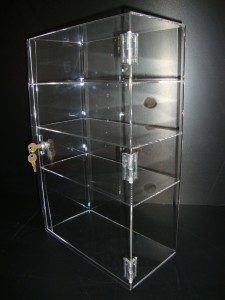 Priced at $49.95, this Acrylic tower counter showcase is one of the best toy collection display ideas out there. It is a pretty cheap showcase provided with a door and lock to keep your toys safe. There are three shelves, and a top and bottom, and the showcase weighs 15 pounds. The dimensions of the product are 12*6*9 inches. 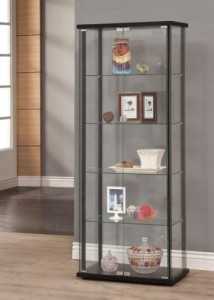 Priced at $200.92, this display case is a beautiful storage for your toys, anime and pop figures. It caters enough space to display your finest collection. It is provided with protective tempered glass doors and five glass shelves. The glass door is easy to push and open. There is a sleek black frame designed to suit modern or contemporary homes. This is a perfect display case for your drawing room. The design is also available with three or four shelves.