In recent times, Funko Pops have been taking the world of vinyls by storm. They have been able to generate mass appeal, and gamers can’t seem to get enough of them. Gamers who are keen to watch movies and television shows seem interested in checking out Funko Pop price guides on a regular basis. More Funko Pop coming soon? It’s more than enough to excite enthusiasts. There is a huge lineup of high quality Funko Pop game figurines.

According to industry experts, there are more than 80 Funko games figurines, including some special edition additions. Thus, choosing an interesting one can seem an overwhelming task. We have made the task easier for you. Here, we discuss the top 5 Funko Pop figures you should add to your pop vinyl list. Every gamer should have these. 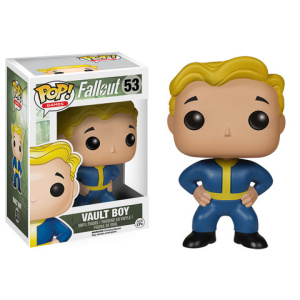 When it comes to Funko Pop figurines, there’s absolutely no denying that all the hype about Fallout 4 is real. This exceptional Vault Boy figurine keeps watch for the pesky Super Mutants when you play. The figurine sports a nostalgic vault jumpsuit. Fallout fans can’t miss this little fella. Within a short period of time, this figurine has become a modern day video game icon. As a figurine, Vault Boy is considered to be very common, especially since the release of Fallout 4. You can easily find it in a GameStop or EB Games store. 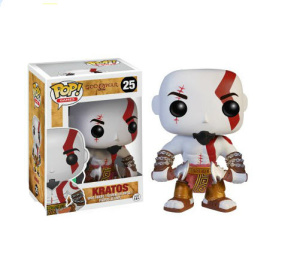 Gods are going to punish you if this figure is not a part of your pop vinyl list. With blood-red markings, Blades of Chaos, ancient Greek getup and ash-white skin, Kratos looks exceptional. It’s worth mentioning that Kratos is an exclusive addition to the PlayStation series. However, gamers would be wrong to not include this figurine in their collection.

Krator is both adorable and fierce. According to reports, Kratos is available in two special additions – Poseidon’s Rage (where Kratos is completely blue like when he adopts the same name in GOW1) and Fear (where Kratos is black with white eyes). 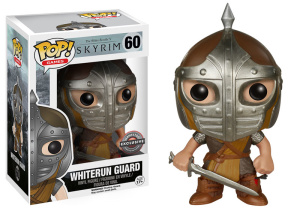 If you ask gamers, their collection is not complete without Whiterun Guard. It’s simply one of the best Funko Pop coming soon. Every Funko Pop price guide recommends adding Whiterun Guard to your collection. The figurine looks adorable and aesthetically pleasing.

It is hilarious how the poor little guy has an arrow sticking out of his knee. Though he’s in pain, he still brings a smile on your face. With this figurine, Funko’s maybe trying to prove that the company has a good sense of humor. It is a figurine that any collector should not be without. From the look and aesthetic appeal, it seems that the White run Guard is an exclusive product associated with GameStop. 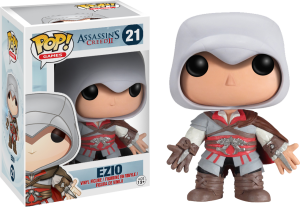 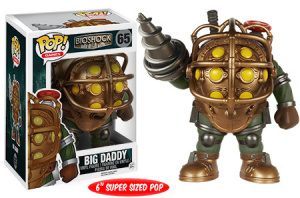 Almost every Funko Pop price guide recommends this figurine. After taking some serious competition from other figurines, it has made to this list. Some dreams had to be shattered and hearts had to be broken. But Big Daddy deserved to be added to this list. It is the best Funko Pop coming soon. This large size Funko Pop looks menacing on your shelf. In the game, it comes as BioShock. Moreover, you also purchase a Little Sister Funko to team it up with.

With these figurines in your collection, you do not have to look anywhere else. These top 5 Funko Pop figurines will be your best choice. You just need to look for a reputed retailer who sells authentic products at reasonable prices. It’s important to conduct an extensive research to find a reputed retailer. You can easily and conveniently purchase Funko Pops online. A lot of good retailers even provide you with money back guarantees and discounts. Shipping and delivery is also fast. In order to make a purchase, you can easily place an order online. Just make sure you go through all the reviews and testimonials.

By the way guys, check out my new website! http://www.theartofalpha.com It’s a manly website dedicated to everything men love.